Breaking Through the Wall: A Cold Email Strategy that Actually Worked 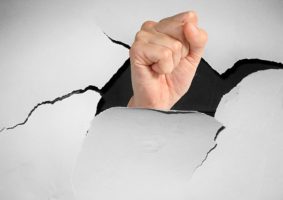 Anyone who is a regular reader of my Insights posts knows that I have an almost obsessive interest in targeted, value-added digital messaging, whether it’s done via email, social media, online advertising or website content.  Most often I sermonize on  the problem that many wholesalers don’t do it effectively, relying on generic, product-and-performance-pushing cold emails that most financial advisers instantly delete.

That’s why when someone sends me a really effective targeted message, I like to share it. To that end, a marketing director (let’s call him “Jerry,” not his real name) at a small independent RIA recently sent me an email he received from a mutual fund wholesaler he doesn’t know. Even though he’s not involved in selecting mutual funds, he receives at least 4-5 of these kinds of “cold emails” and phone calls from wholesalers every month.  The advisers in this firm receive at least triple that number.

Normally Jerry instantly trashes these emails. But he saved this one because it was one of the few messages he’s received that demonstrate the wholesaler’s willingness to spend time to research both the firm and Jerry’s background.

The result was a personalized message with a great hook for a marketing professional, rather than an adviser. Since I’m always into show-and-tell, I have reprinted the message in its entirely below. I have changed the names and locations of those involved to protect their confidentiality.

Good morning! I am reaching out for two reasons. First to introduce myself and also to hopefully set up some time with the group at Topnotch Advisers to discuss the core strategies your advisers are using with us and marketing ideas that are working in the current environment.

Multiple advisers at Topnotch (Craig, Melissa and Roland) have a pretty substantial position in our XYZ Small Cap Growth Fund. I would love to update the team on the fund and some other ideas that are helping advisers.

On top of that, we have some fairly unique financial education resources for advisers and clients that we can deliver via a Zoom meeting (small business ideas/529 plan strategies/wealth at work).

If these are of no interest, you and I can always play the “name game” and share stories about some of the people we both worked with when you were at XYZ Funds.

Hope to hear from you soon.

Okay, let me list the reasons why this message worked so well.

This was one wholesaler message Jerry didn’t trash. While he wasn’t interested in discussing funds, he was intrigued by the more relevant offer of client education ideas. He contacted Kevin and they have since arranged for one of XYZ Funds’ in-house practice management specialists to serve as a guest speaker on small business succession planning on a future webinar hosted by Topnotch. And Jerry and Kevin did spend some time on their call sharing stories about their former coworkers.

Jerry ended the call complimenting Kevin on his personalized contact approach. Kevin admitted that he had previously sent standard “product pitch” cold emails to the advisers at Topnotch and received no response. That’s what motivated him to try his more personalized, value-added approach with Jerry. A little bit of extra time, effort and creativity opened a door for him into an RIA with nearly $1 billion in assets. That’s the power of targeted, value-added messaging.

How do you research your targets?